Scan to see the mobile version

In printing OLEDs, Huaxing Optoelectronics will have a big move

Page view
After Shen Tianma acquired 34% equity of Guangdong Juhua Printing Display Technology Co., Ltd. (hereinafter referred to as Juhua), which was wholly-owned by Huaxing Optoelectronics for RMB 34 million, the reporter recently learned that Juhua Company and DuPont have announced the same. , Japan's Sumitomo Chemical, Nissan Chemical and the United States and other world's top companies signed a strategic cooperation agreement.
According to the agreement, these upstream supporting manufacturers will fully support Juhua's materials and process requirements in the development of printed OLED technology, and tailor-made related R&D equipment for Juhua.
Juhua's frequent layout of printed OLED display technology cannot be ignored.
At this time, the betting network reporter interviewed the vice president of the TCL Industrial Research Institute and the director of the Technical Center of the TCL Group Ma Songlin. He told the “China Electronics News” reporter that “doing it alone” is not feasible. Yes, it needs the entire industry chain to do it. In addition to supporting upstream manufacturers, Juhua also introduced South China University of Technology as a shareholder and introduced the OLED display, including the Panda, Tsinghua University, the relevant research institutes of the Chinese Academy of the Sciences, Sun Yat-sen University, and South China Normal University as important strategic parties. Technological development. We reached a consensus that we must innovate our operating model and build a public R&D and open platform.
The upstream and downstream companies in the flat panel display industry chain are jointly printing OLED display technology, not only because this technology is the next generation display industry development direction, but also because after mastering the core technologies, China will break Korea's monopoly structure in the large-size OLED field. In order to promote the development of the next generation of new display technologies, the development of printed OLED technology has been one of the key support projects in the National Thirteenth Five-Year National Key R&D Plan.
Bringing up large-scale OLED panels, Korean companies are the vanguards of its development. As early as 2013, LG and Samsung first introduced 55-inch OLED TVs in the Chinese market. However, due to the large-scale production of OLED panels facing mass production problems, Samsung subsequently slowed OLED TV development. In recent years, in order to gain the right to speak in the field of large-size OLED panels, LGD has continued to invest in this field, but the cost and yield have always been the biggest problem faced by large-size OLED panels.
From the perspective of panel technology, there are different technical routes for producing large-size OLED panels. Samsung uses RGB technology while LGD uses white light+CF technology. In Ma Songlin's view, the evaporation process used by Samsung and LGD to produce OLED panels is complex, the material utilization rate is low, and the yield rate has not been high. Therefore, the process of vapor deposition is not suitable for large-size OLED screens. The industry urgently needs to develop new technical routes, and printed display technologies have very good prospects for development.
Ma Songlin said that as early as three years ago, TCL began to lay out its print display technology in advance. Compared with evaporation technology, OLED printing and display technology must be changed in the choice of materials, equipment must also have changes. The print display will break the bottleneck of large-scale OLED mass production, which is an important direction for the development of display technology. Eventually, it will be able to achieve “display like a newspaper and print” and achieve a large-area, light, thin, and flexible display application.
Ma Songlin told the "China Electronics News" reporter, more importantly, printing technology can significantly reduce the cost of OLED panels, and even lower than the cost of LCD in the future. We hope to develop a new generation of printed display technology in three to five years. Our goal is to make medium-sized OLED products in 3 years and achieve mass production in 5 years. With the joint efforts of the upstream and downstream of the industrial chain, if printing OLED technology can be done well, then China will be able to break Korea's monopoly position in the large-size OLED field and become a leader in new technologies. 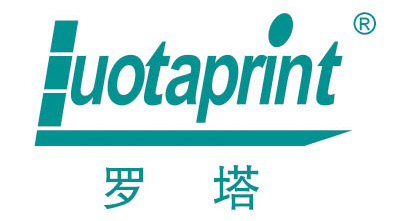 Previous article:
无
The change of Shanghai picture book printing format will be another revolutionary breakthrough in the printing industry
Next article: